VIDEO: I can't date guys who don't have better cars than myself - Moesha Bodoung 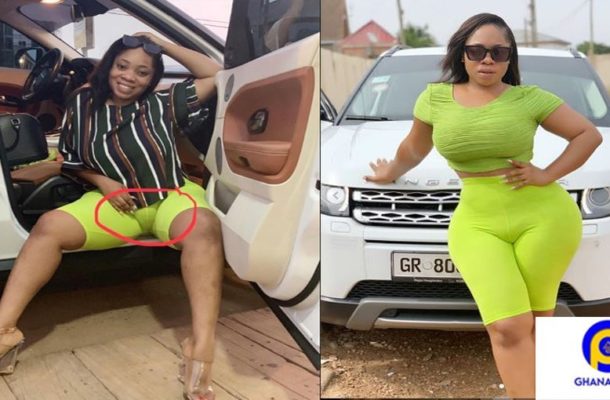 Controversial Ghana actress Moesha Bodoung says he will not date or marry a poor guy since that guy cannot maintain her or cope with her lifestyle.

She says that even before she decides to date any guy or go into any relationship the guy must have a car that is better than her range rover.

According to her before any guy can get a chance with her you must definitely have a better car than what she has.

The actress who has been branded all sort of names mainly due to her curvy, voluptuous back side says he will need a man who can maintain her.

In an interview with Emelia Brobbey that first aired on Wednesday on GH One Tv and will be televised again on Friday, she disclosed that no rich man wants a woman who is lazy and brushed off the assertion that she does nothing an only depends on hand outs from his rich 'papa no'.

Moesha posted snippets of the interview on her Instagram page where she stated that she had broken heart at some point in her life and even wanted to commit suicide by getting drowned in the sea.