VIDEO: I couldn't see it but my players were surprised about the penalty - Hugo Broos 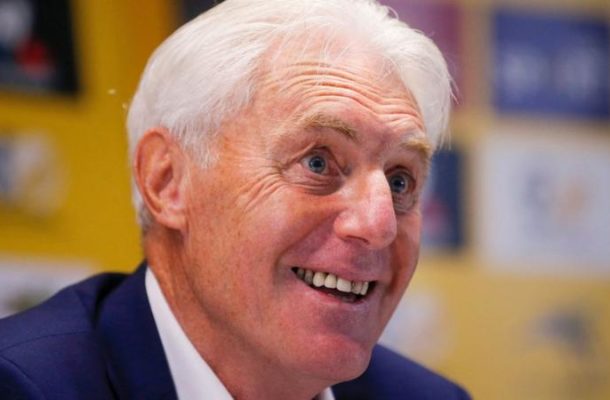 A 33rd minute penalty was converted by the Black Stars captain on his 100th cap after Leicester defender Daniel Amartey was adjudged to have been fouled in the box during a corner kick.

Speaking after the game the 69 year old Belgian coach says that he did not see the incident that led to the penalty but his players were surprised at the decision.

I could not see it but Ayew was on the ground and my players were surprised that the referee whistled for a penalty.

When he was reminded by the journalist that it was Amartey who fell to the ground the Belgian retorted "whatever what difference does it make"?