VIDEO: I spent about $200k to enhance my 'botoss' and shape - Moesha Buduong 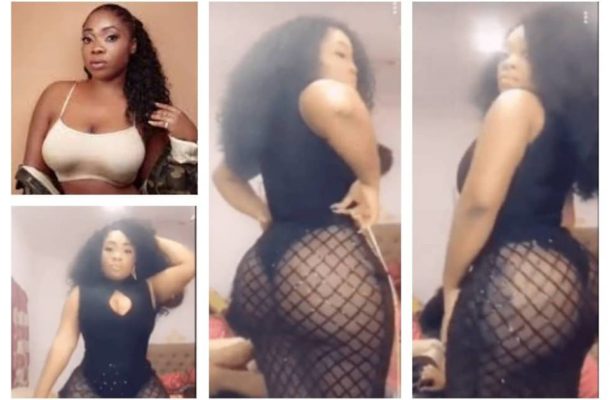 Ghanaian actress and model Moesha Buduong says that she has done some enhancements on her huge backside that has been courting a lot of interest from the prying eyes of men.

She has revealed in an interview that she has done constructive surgery to have the huge curvaceous body she has.

According to the controversial actress who divides a lot of opinions, she has gone under the knife twice which cost her in excess of $100,000.

Speaking in a chat with Kwaku Manu on his aggressive interview, she disclosed that she tried all natural means to increase the size and shape of her butts but it proved futile and so she traveled to the US to undergo butts implants surgery and enhancement.

Moesha says the two surgeries set her back in the range of $200,000 but even with that she must still be on diet and exercise consistently to keep her bum bum in shape.