VIDEO: I stole to pay my fees - Student nurse confesses 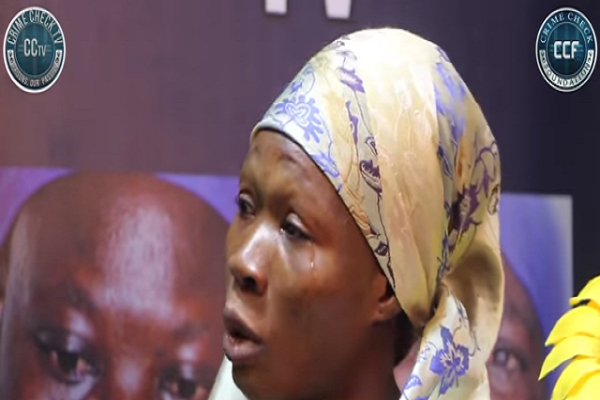 Alice Bonye, a second-year student of the Tamale NMTC

A 25-year-old, Alice Bonye, a second-year student of the Tamale Nurses and Midwifery Training College, was sentenced to six months in prison for stealing one thousand two hundred Ghana cedis.

According to Alice, her parents do not earn enough salary to take care of her and her two siblings who are also in school. “My dad is a security man and my mum sell locally made coconut oil which does not bring enough money home to take care of all of us”, she tells crimecheckghana.

She disclosed that due to the financial difficulties, her father took a loan to enable her to enter the nursing and midwifery college.

“The loan my father took was able to cater for my first-year fees only. Whilst in school, I could not afford to buy handouts and so I had to write my notes from handouts. My parents could not get money for my second-year fees because my dad had not yet finished paying the loan so he was not eligible for another loan”, A weeping Alice told crimecheckghana.

She said when school reopened and she had no hope of going because she needed her bankers draft as proof of payment to enable her enter the school premises.

“I then decided to go back to Tema General Hospital where I did my clinicals to steal money from the bag of a nurse to pay my school fees. After stealing the money, I was frightened so I could not count the money till I got to the bank”, she said.

Miss Bonye said she was able to go to school but was arrested upon her return to the hospital. After serving her six months term in the Nsawam Female Prison, she returned to school to further her education but was informed that she has been sacked for tarnishing the image of the school.

Alice said amid tears, “I want to go back to school. Anytime I see my school uniform in the room, I get saddened that I have wasted the loan my father went for to cater for my education. I wish I can get financial support to start all over again. I love nursing and I want to be a nurse”.