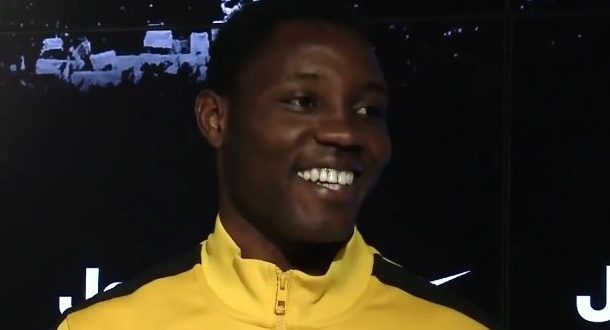 Watch Inter Milan ace Kwadwo Asamoah talking about his return to the Ghana squad for the 2019 Africa Cup of Nations qualifier against Kenya after a four-year absence.

He also played down concerns that he suffered an injury during his first training with the side.

The 29 year old has not represented the four-time African champions at any tournament since the 2014 World Cup.

However the midfielder makes a return to the Black Stars set up for the clash against Kenya on Saturday at the MISC Kasarani Stadium in Nairobi.