VIDEO: It'll be stroke or death for me If I fight Bastir Samir again - Bukom Banku 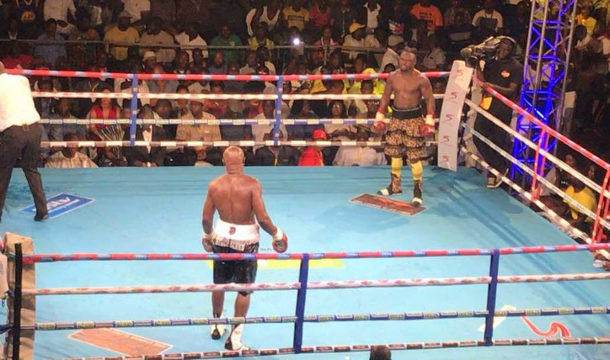 Comic Ghanaian boxer Braimah Kamoko aka Bukum Banku says that he would die or suffer from stroke If he is to fight Bastir Samir once again.

The loud mouth WBU champions was last year floored heavily by his opponent in a hotly promoted bout at the Bukom boxing arena.

The self styled African Mayweather Braimah Kamoko was floored in the seventh round of the contest.

In a non-title fight which was scheduled for 12 rounds, Bastie produced the performance of his career to end Bukom's undefeated record by stopping him in the seventh round.