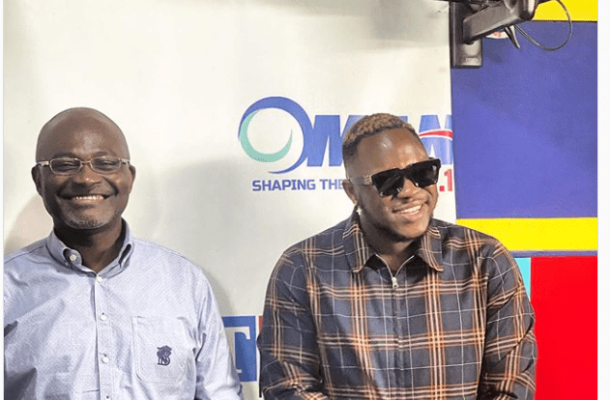 Hon. Kennedy Agyapong is tagged as controversial and loud but the one thing that cannot be taken away from him is his great business acumen.

After meeting Medikal for the first time on Oman 107.1 FM yesterday, Hon. Kennedy Agyapong offered the award-winning rapper a piece of advice.

The Assin Central MP and businessman told Medikal to avoid smoking weed and abusing drugs if he is doing so because it will not help him.

Hon. Ken went further to compare the older generation of musicians to the new crop of artistes and emphasized that the young acts like Medikal have a shorter life span as musicians and as such, they should make better business decisions.

He then asked Medikal and every other young acts to take a cue from musicians whose finances have withered away with their musical careers just because of extravagance and their failure to invest.

He asked Medikal to cut down on the expensive jewelry and cars and to save and invest, especially in real estate.