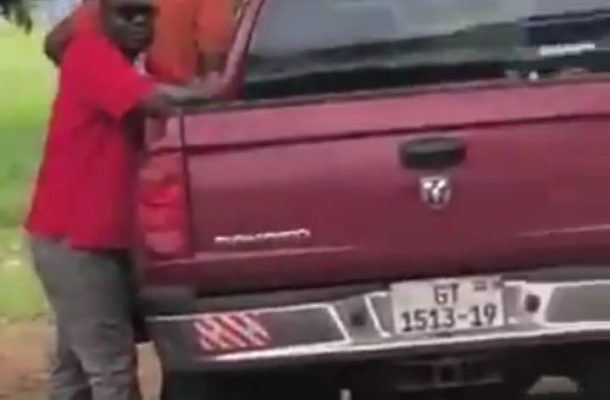 Reports from Dormaa suggests that an angry youth of Dormaa chased a GFA Presidential candidate and his team out of the palace. They had come there to campaign. The team included former GFA President Kwesi Nyantakyi., Mr Takyi Arhin, and Osei Kwaku Palmer.

In a video taken from the scene of the incident, Mr Kofi Manu affectionately called blue boy could be heard tussling with some irate mob who prevented him and his team from entering the palace.

In the melee that ensued Kofi Manu could be held telling one of the youth that he is insolent and is not the only person who hails from Dormaa.

At some point the former Exco member had to be restrained from confronting the youth.

In the background some of the irate youth could be heard saying we do not want you people here to do campaign or see Nana referring to Doraahene.