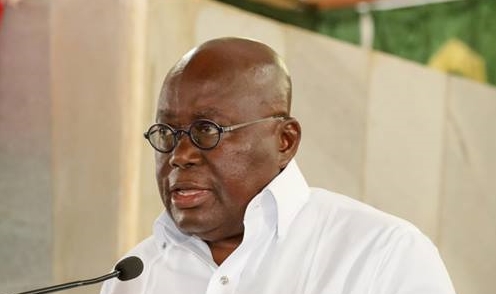 The Paramount Chief of Kpone is reported to have walked out on President Nana Akufo-Addo during the sod-cutting for the construction of a district hospital in the area.

According to reports, Nii Tetteh Otu II was furious when he saw the artist’s impression of the project which he taught was a one-storey building.

In a video intercepted by Adom News , the angry chief is seen walking out of the durbar grounds after he had poured his heart out to President Akufo-Addo.

Not even the plea by his council of elders could get him back to the durbar grounds.

A resident, Emmanuel Nortey, who was at the event, said the chief complained bitterly about how politicians have over the years deceived them over such projects.

“The chief walked out on President Akufo-Addo after he noticed the project is not a one- storey building he was expecting,” he said.

Mr Nortey added that the angry Kpone chief even rejected an invitation by President Akufo-Addo for a closed door meeting over the issue.