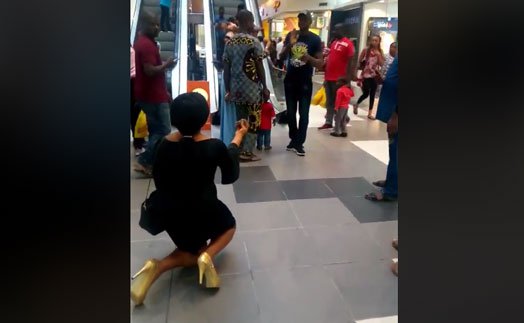 Lady breaks down in tears as her boyfriend rejects proposal

A woman irrespective of her worth, fame, beauty and academic qualification, the psychological element remains - a woman wants to be proposed to and not otherwise, but this did not happen in a video that has gone viral on social media.

The video shows a lady being handed a public embarrassment after her fiancé declined her marriage proposal.

The lady dropped on one knee with a ring box in her hand proposing to a man.

The man who was clearly shocked by the unfolding drama was not convinced. He begged the lady to stand up and apparently hugged her.

He politely declined the proposal and walked away.