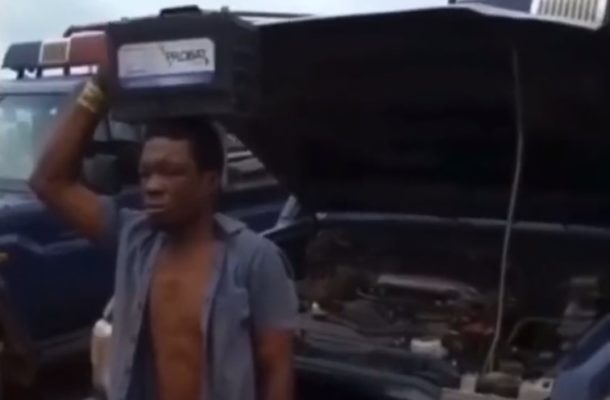 A notorious robber who is fond of stealing people’s car batteries took a wrong turn when he decided to steal a policeman’s car battery somewhere in Ghana.

In a video circulating on social media, the thief was captured with the stolen car battery mounted on his head.

The policemen were heard querying why he would take his pilfering activities to the extreme by stealing the car battery of a law enforcer who could easily arrest him.

Social media users who commented under the post wondered why the thief will take such a step of stealing a police car battery.

Check out the video below: