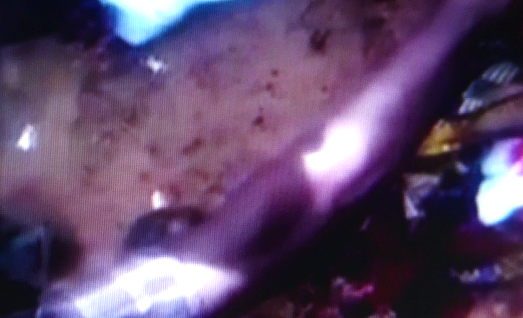 An 8-month-old pregnant woman, Lasim Nigna, 30, has allegedly been butchered by her husband at Kankyekura, a farming village in the Nkwanta South Municipality of the Oti region.

Confirming the incident to Starr News, Daniel Kunyowu, a former Assemblyman for the area indicated that the lady, who sustained major cuts died upon arrival at the hospital at about 5pm on Wednesday.
“I had a call from a friend that there was an incident at Kankyekura and that a young pregnant woman was butchered by the husband. So I arranged an ambulance and went to the scene. When we arrived, it was terrible to watch, then we realized she was still alive but not in a good condition to speak.

“We rushed her to the St. Joseph hospital in Nkwanta but she died just a few minutes later,” he recounted.

According to him, attempts to save the child through a caesarean session by doctors at the facility also failed.

“The doctors tried to save the baby through a surgical operation but the child was long dead too,” he said.

The suspect, a 42-year old Kwabena Simon is said to have absconded following the incident, while the body of the victim has been deposited at the facility’s morgue in Nkwanta.

Mr. Kunyowu revealed further that the suspect was reported to have attempted attacking another young woman who tried to raise alarm after spotting the dying pregnant woman, but took to his heels when he failed to get his second target.

He said, “there was a young lady who spotted the dying pregnant woman and attempted to raise alarm but the man chased her with a cutlass and so she had to run for her life.

“But the suspect upon failing to get his second target fled the village before the news got to the rest of the village folks.”

The case has since been reported to the Nkwanta South police command for investigations.
Starr FM