VIDEO: Man fails to switch off zoom camera as he is caught squeezing butt of staff 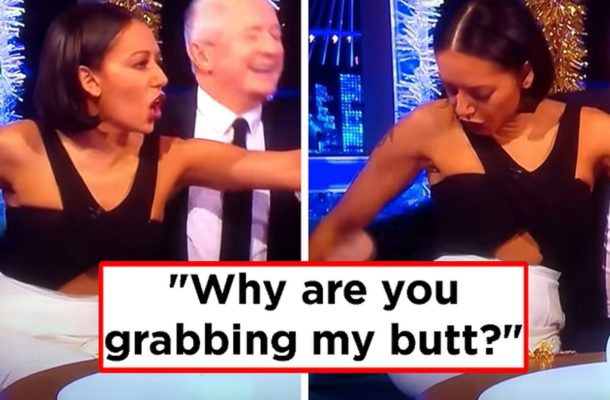 A viral video making rounds on social media has seen a man purported to be a government official of Azerbaijan caught on camera squeezing the butts of a female staff.

The old aged man failed to turn off his zoom camera after a meeting and was caught unawares as he squeezed the  butts of a female staff.

It was the female staff who drew the attention of the man that the camera was on but the harm had already been done.

The viral video has got a lot of people talking about what normally goes on in the offices of people.