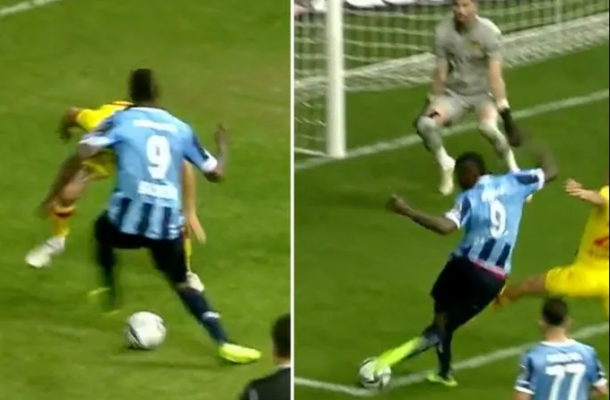 Italian-born Ghanaian, Mario Balotelli has scored five goals including a brilliant rabona in the last game of the season as Adana Demirspor secured a 7-0 win against Göztepe.

The former Manchester City striker completed his hat-trick in the first half after scoring in the 33rd, 35th, and 44th minutes.

He then scored two more goals in the 61st and 70th minutes including the brilliant rabona which has got everyone talking about him.