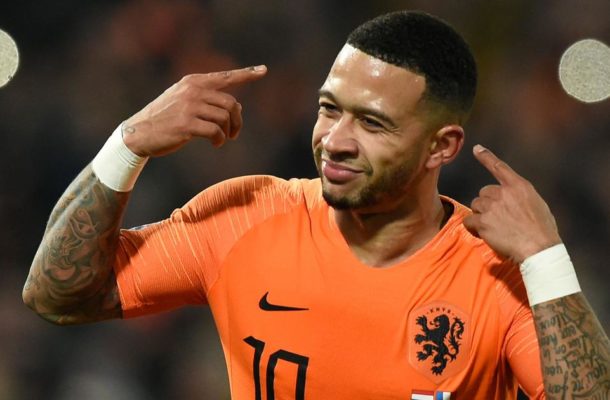 Barcelona Star Memphis Depay is in Ghana and has been seen playing on a grassless pitch at Madina in Accra in a kick about.

He was there with his Dutch teammate Qunicy Promes as they played with the likes of Mohammed Salisu among others.

The Netherlands forward can be seen displaying a repertoire of skills as he plays with friends.

He will as usual embark on his charity works with his deaf and blind friends in Cape Coast and other places in Ghana before departing to start pre-season.