VIDEO: Michael Essien is a senior man stop comparing Partey to him - Stonebwoy 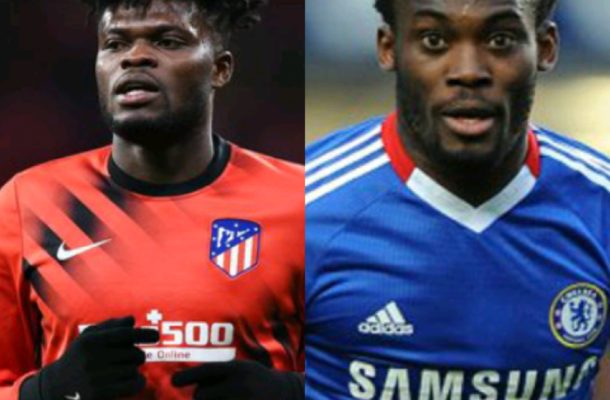 Michael Essien was unplayable at the peak of his powers at Lyon through to Chelsea where he exploded to his brief spell with his 'daddy' Mourinho at Real Madrid.

Twitter users have ignited a comparison between the Bison and Athletico Madrid's Thomas Partey who have identical playing style with both players central midfielders.

Partey has been a one club man aside loan spells at clubs in La Liga during his formative years and only managed to be a mainstay in the Rojiblancos set up this season.

But from nowhere a comparison betwenn the two has erupted on twitter.

Danceall king Stonebwoy has joined the raging debate urging Ghanaians to stop comparing the legendary Michael Essien to be up and coming Thomas Partey.

"I don't think Thomas Partey even thinks of this comparison and I know he looked up to Essien growing up." he told Atinka Tv

"I know him from Ashaiman as we all grew together there. We should not compare the two at all as Essien is a senior man and a legend."

"Partey is up and coming"