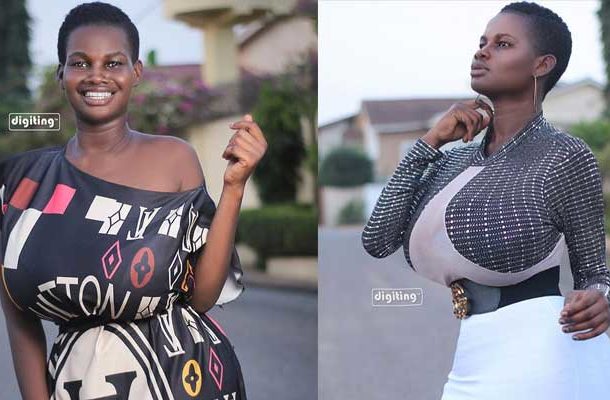 Ghanaian video vixen, Actress Pamela Odame who is known for posting tongue-wagging photos of her huge boobs has said her goodies are from God.

Speaking in an interview on ‘The Journey Show’ on Adom TV monitored by MyNewsGh.com, Pamela said nobody can compete with her because her huge boobs are God’s gift.

“There are a lot of ladies who have huge boobs even bigger ones than mine, but mine is a gift from God and I have favour from him, so you can’t challenge me with yours,” she said.

She said it has been God’s favor from day one and she has never thought of being arrogant because of the favor from God.