VIDEO: Naked woman chases thief down road after her purse is stolen from sauna 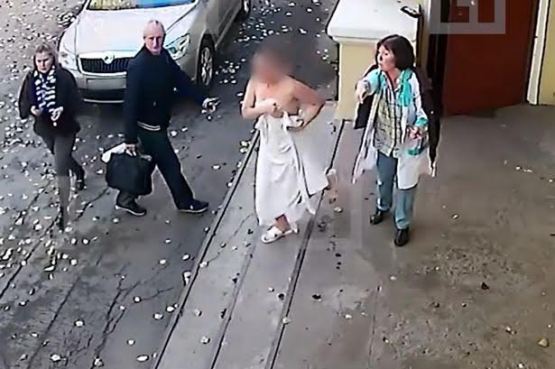 A woman wrapped in nothing but towels shunned embarrassment as she ran down the road to chase someone who allegedly stole her purse in a sauna in St Petersburg, Russia

CCTV footage showed the woman running out of the Sauna entrance to chase the thief down the road, to the bemusement of stunned passers-by. As she ran outside another woman pointed her to the thief's direction, but after trying to chase the thief, the woman gave up and returned to the Sauna. Watch the video after the cut.