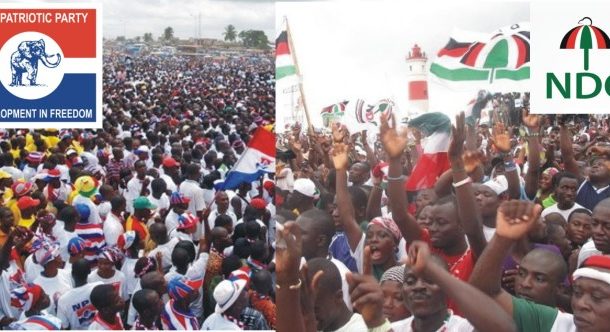 What was thought to be peace walk by supporters of the New Patriotic Party (NPP) and the National Democratic Congress (NPP) in the early hours of Sunday turned violent in Jamestown in the Odododiodio constituency.

According to sources, the violence occurred around the ‘Atta Mills Highway’, at a popular intersection known as ‘One Way’ of the area.

A series of videos that have emerged on social media detailing the incident showed supporters of both parties throwing stones and raining insults on each other.

Though the cause of the violence is unknown, it is said to have occurred among supporters of incumbent NDC MP, Nii Lante Vanderpuye and NPP’s Nii Lante Bannerman.

The two are set to contest in the upcoming parliamentary elections on December 7, 2020.

The Police were said to have been called to the scene to calm tempers and have taken written statements about the violence that ensued.

Meanwhile, the leadership of the Police have revealed that the Odododiodio Constituency has some 50 hotspots in its latest assessment of flashpoints ahead of the general elections.