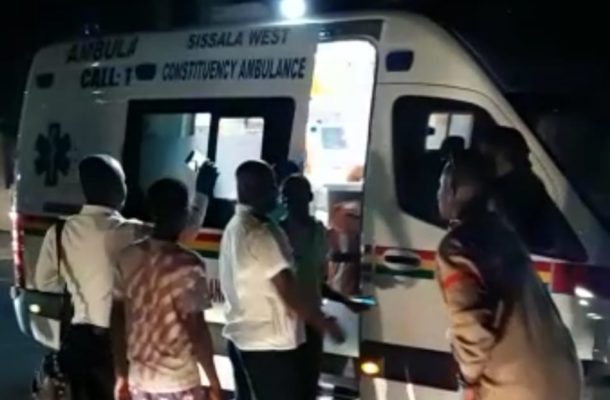 According to a report by Ghana Publisher, a motor rider was knocked down by a moving vehicle and people at the accident scene called the new emergency number, 112.

The Sissala West ambulance which was among the many ambulances shared today, immediately got the scene to rescue the victims.

This portal is yet to identify the very spot where the accident occurred.

A motor rider got hit by a moving vehicle and the Sissala West Ambulance was there to rescue him. @Ghana thanks @NAkufoAddo pic.twitter.com/rajYdiv0RM