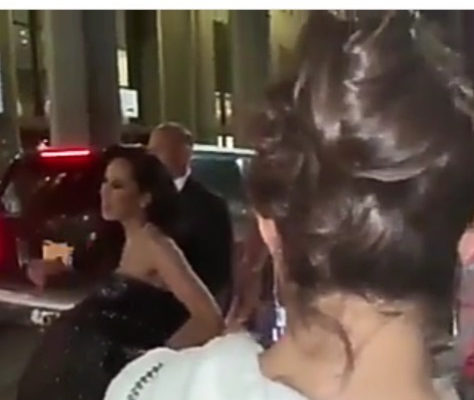 Apparently, Nicki Minaj's fans have still not forgiven Erica Mena for saying a while back that she's not a fan and doesn't know the lyrics to any of Nicki's Songs.

So, the Barbz - as Nicki's fans are called - feel they have even more reasons to dislike her.

They took their dislike for her to another level by confronting her last night as she was on her way into the venue of Rihanna's 5th annual Diamond Ball.

They called her a Barbz and tried to force her to accept that she's a fan of Nicki.

"You're a Barbz," they kept saying.

And Erica kept repeating, "No, I'm not."

She, however added, "I'm a real life Barbie. A real one."

Watch the confrontation I the video below: