Video: One injured, 10 arrested as Vandals clash with KANTAGA 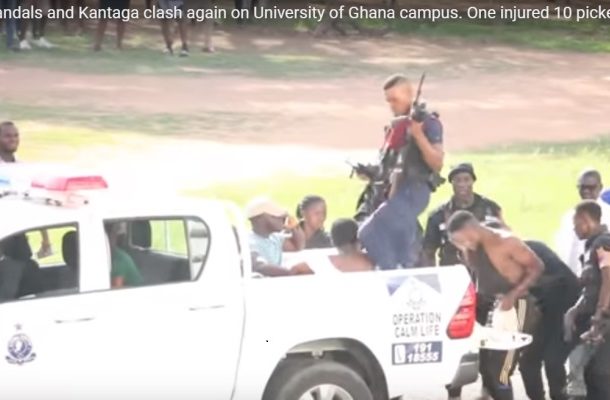 At least 10 persons have been arrested in connection with the Monday evening riots on legon Campus, according to reports.

The KATANGA boys had arrived in Accra from Kumasi in the Ashanti region to participate in a debate organised by their ally, Sarbah Hall of the University of Ghana.

Reports indicates the Vandals were infuriated by a video which went viral on campus, showing a man believed to be their member being molested by the visiting KANTAGA boys.

They therefore stormed the venue for the debate in an attempt to rescue their colleague. They were resisted which degenerated into the clash.

Calm has however being restored.