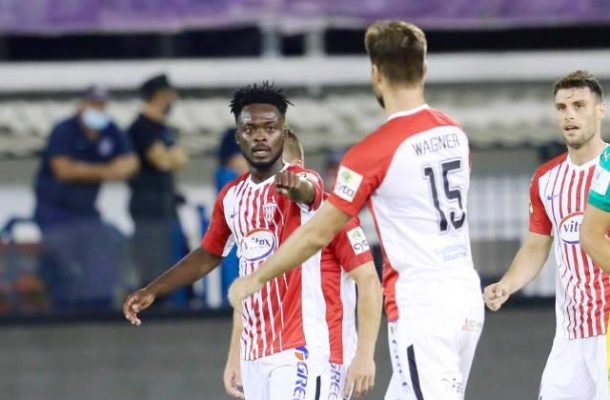 Ghana winger Osei Barnes was on the score sheet for his Cyprus side Nea Salamina in a 2-0 win over Pafos in the First Division League on Monday.

The former Coimbra forward has been in fine form since moving to Cyprus and opened the scores with a delightful goal.

Barnes unleashed a bullet of a shot into the bottom left corner in the 25th minute after being teed up on the edge of the penalty box to make it one nil.

Nea Salamina added a second goal through Frenchman Mamadou Kamissoko  in the second half of the game to make the results safe.

Nea Salamina are 8th in the Cyprus First Division League.