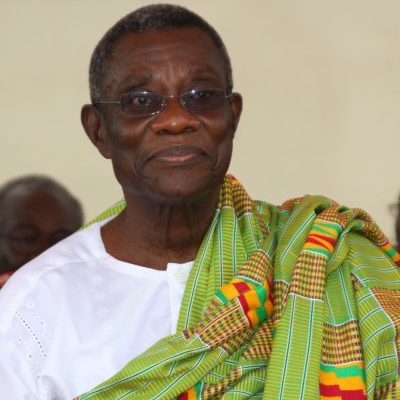 A Prophet known as Cosmos Walker has alleged that late Professor John Evans Atta Mills, who passed on whilst in office as the President of Ghana was assassinated by a boxer.

According to him, on the morning of Tuesday, July 24, 2012, he had a vision that the late Professor was going to be killed by a boxer.

It is unclear what really caused the death of the late Professor but the Prophet of God noted that he saw somebody walking in the corridor towards the office of the late president.

“I saw the person clear and I will not mention his name but he is a Ghanaian boxer. He was contracted to do so. The offer was huge but he had no choice than to do it,” he narrated.

Prophet Cosmos Walker who was speaking on Kofi TV refuted the assertion that the late president was poisoned but stated he died in a struggle.

He said for almost a year prior to the unfortunate incident, he had a premonition that the then President Mills was going to be assassinated, and tried everything within his power to avert the calamity from happening but it was to no avail.

He noted that not all prophecies can be redeemed by a prophet or a pastor no matter your level of anointment unless through multitude prayers.

President Mills in 2008 was elected president of Ghana, after a keenly contested three round of elections but died just a few months before the 2012 general elections.

He died at the 37 Military Hospital and was buried at the Asomdwee Park which is close to the Osu Castle.

Due to his personality, he was named 'Asomdweehene', which to wits means a man of peace.

kwaku 2 years ago
Yes Kofitv is the problem. He entertains dumb prophecies and unimaginable lies.