VIDEO: Prophet Nigel Gaisie is a suspect in the death of Ebony Reigns - Kennedy Agyapong claims 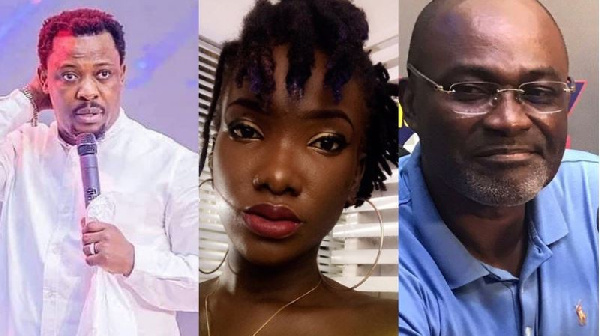 Ghanaian politician and businessman Kennedy Agyapong has alleged that Prophet Nigel Gaisie has a hand in the death of afro-dancehall star Ebony Reigns.

According to the member of parliament for Assin Central, the founder and overseer of Prophetic Hill Chapel plotted the death of the former RuffTown Records label signee, adding that he has evidence to back his claims.

He branded Nigel as an ‘evil boy who has become powerful’ and vowed to deal with him in the court of law.

Kennedy made this allegation during an interview on Net2 TV on Wednesday, June 10.

“This is an evil boy. I do not know how he has become so powerful,” he said before making the wild allegation about Ebony’s death.

He continued that he will not allow fake pastors who fraud Ghanaians and kill them to operate in this country.

“We are not going to allow these fake pastors to deceive Ghanaians, kill them and take their assets. Who the hell do you think you are? You are an a**hole,” he concluded.

It could be recalled that after Ebony Reigns passed away in a fatal motor accident on February 8, 2018, Prophet Nigel came out with a video where he prophesied the singer’s death.

This raised questions about the mystery behind the death of the star.

Kennedy Agyapong isn't the first to accuse the preacher. A few days ago, a woman identified as 'Ama Born Again' came out to accuse Nigel of having a hand in the death of Ebony Reigns.