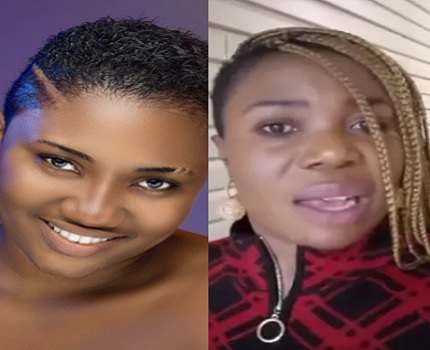 Former Deputy Minister of Gender, Children and Social Protection, Rachel Adwoa Apor has waded into the debate on whether or not socialite and self-acclaimed sex enthusiast, Abena Korkor is mentally stable.

In the last few days, Ms Korkor has been in the news again for releasing a fresh list of Ghanaian celebrities she claimed have entered her honey pot.

Some top celebrities who made the new list include musical artiste, Stonebwoy and former Black Stars captains, Stephen Appiah and Asamoah Gyan.

Though Abena Korkor has come out to apologize for the inconvenience caused, unsatisfied Rachel Apor believes it is about time Korkor is told the hard truth just so she will stop destroying people's reputations and their homes.

The gender activist revealed in a video sighted by Ghanaguardian.com that contrary to what has been made to believe by the masses, Abena Korkor is mentally stable and not suffering from any bipolar.

“Ghanaians, I think it's high time some of us change from being female activists to gender activists so that we can be speaking for the men too. We have been fighting for women for far too long and this is why some women are taking undue advantage of men and humiliating them

“We all know Abena Korkor, what you do is to destroy people's career or reputation, give birth to your own son, and someone pulls him down after he has reached a certain peak, then you'll know how painful it is,” she said.

Hon. Apor reprimanded Korkor to be measured in the stuff she says in her videos as according to her, “speaking good grammar does not make you intelligent or smart.”

“Every day someone has slept with you, why? Have you realized the torture you've brought on the wives of men like Abeiku Santana, Stonebwoy, Sammi Awuku, KOD, Nathaniel Attoh and Konkonsa? Or if you have evidence any of them raped you, why don't you come out?” She acked.

She termed Abena Korkor as being a disgrace to womanhood and, therefore, charged her to provide her mental health certificate rather than disgracing innocent men and bringing them down.

Madam Apor revealed the reason women are not coming out to help Abena Korkor in whatever she might be going through is because the latter is only eager to become famous in the country.