VIDEO: Robin Polley scores a peach of a goal for on loan club FC Dordrecht in Eerste Division 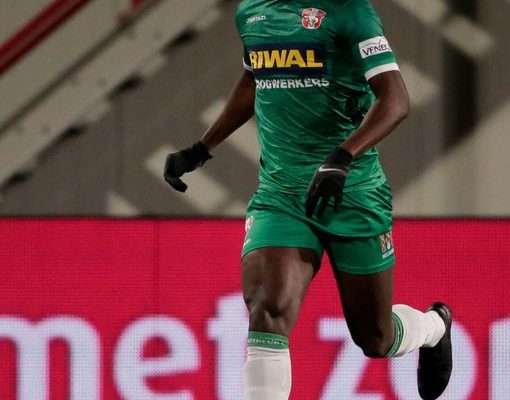 Robin Polley scored his first goal for his on loan club FC Dordrecht in the Dutch Eerste division with a thunderbolt of a strike from range.

His goal was not enough as the home side Dordrecht lost by two goals to one to De Graafschap in an entertaining game.

The home side took the lead in the first half through right back Robin Polley who thundered in a blistering strike from outside the box into the top corner giving the goalkeeper no chance.

Despite the Ghana U-23 player scoring it was not enough as goals from Javier Viet three minutes later and the winner was scored by Daryl Van Mieghem in the 36th minute to hand all three points to the away side.

The on loan Ado Den Haag player since joining the lower tier side in January has played all six games for his side scoring his first goal on Friday night.