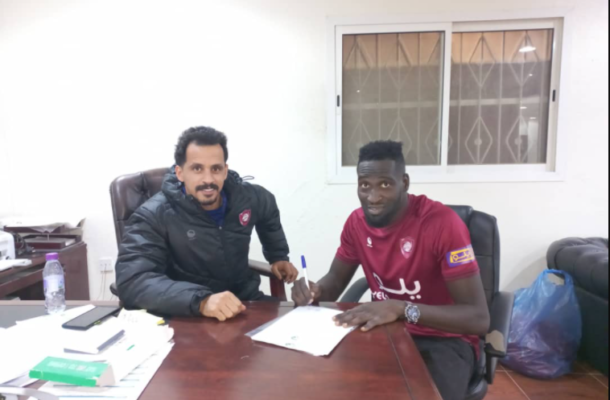 Former Legon Cities defender Joseph Adjei has been unveiled by his new Saudi Arabian side Al-Diriyah FC after completing his move in the winter transfer window.

The bullish center back has signed an initial loan deal with his club with an option of extending his stay at the end of the loan move.

The towering guardsman who has been instrumental for Legon Cities in the ongoing Ghana Premier League season despite the club’s struggle is expected to play a key role for his new outfit.

"Our monster is coming," wrote the club with highlights of the defender.

Adjei has previously had spells in the Middle East having played for Al-Orouba SC in Oman and Al Malkiya Club in the Bahrain.

"Hello my name is Joseph Adjei, can't wait to see you," said the ex-Wa All Stars player.

He became a subject of interest for several clubs in Europe and Asia following his outstanding performance.

Joseph Adjei has had stints with OKC Energy FC and Al Malliya in the Gulf state.