Video: See the moment a crocodile bit a circus performer in the face

Things went horribly wrong for a circus performer in Vietnam when a crocodile lost it and bit him in the face.

He was performing a stunt which involved putting his head in the animal's mouth when its primitive instincts kicked and it clamped its powerful jaws shut. The regular animal that had been performing the stunt for many years had died earlier in the day and it was left to an inexperienced younger stand-in reptile. Pham Van High, Thanh Liem District Chairman, said the circus troupe was part of the Department of Culture, Sports and Tourism and officials were now investigating and speaking to witnesses. He said:

'There was rainy weather on Saturday evening but the circus entertainers did not want to betray the audience. 'Prior to the performances, the circus brought a crocodile but unfortunately it died and the replacement crocodile was put on instead. 'Fortunately, the actor was only wounded in the incident. Now he is being treated in hospital in Henan province. By this morning, the health situation of the actor was better. 'An investigation has been handed over to the police chiefs.'


More photos and the video below... 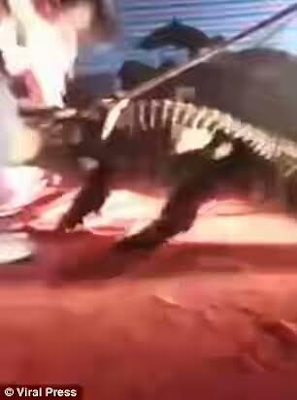 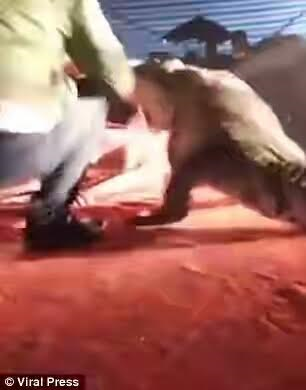 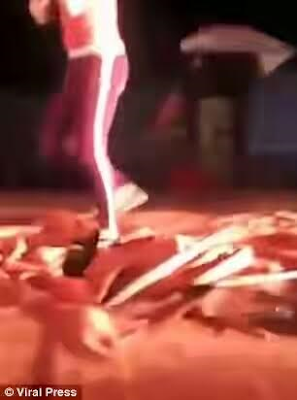