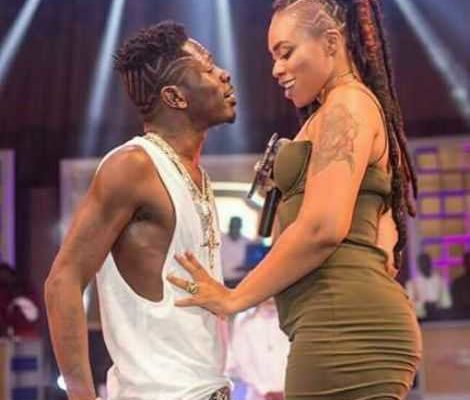 The alleged yet-to-be-released s3xtape which involves Shatta Wale was sighted in a video on the Instagram page of a Ghanaian lady based in the US.

In the video, the lady known on IG as Tipsy Queen threatened to leak the s3xtape of her and Shatta Wale into the media space. In the said video, the lady who is seen with a towel covering her melons and her ‘vajayjay’ was heard talking to someone who’s voice sounded just like Shatta Wale and based on familiarity, we can say it may possibly be the voice of Shatta Wale.

According to the lady, Shatta Wale slept with her in the whole night but yet failed to settle her the amount they initially agreed on.

Tipsy Queen in the video called out Shatta Wale to settle her, else she will release their sex tape with immediate effect.

Stay glued as we will dive into the matter to ascertain the real truth.

See the video below: