VIDEO: Shocking moment a man was bitten on the head by a shark but he survives 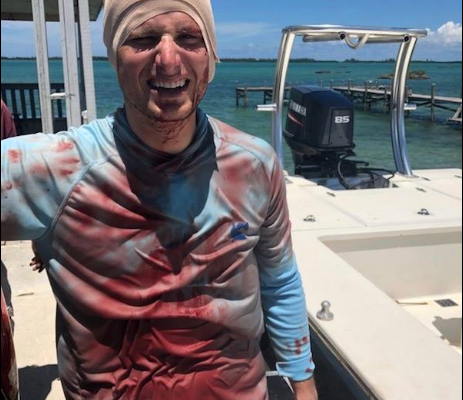 The shocking moment a man was bitten on the head by a shark was captured on video and has now been shared online.

Will Krause, 29, was spearfishing in the Bahamas on August 20, when a shark swam up and bit his head. The incident was captured by fellow "spear-fisherman" Zach Shipps on his GoPro.

Will Krause, of Greenville, recently took to Facebook to share the video after he was fortunate to come out alive.

3 months ago (Aug 20, 2018), I survived a shark attack to the head while spearfishing in the Abacos.

I was 25 feet below the surface when the 6-7 ft Reef Shark struck the back of my head & neck. I miraculously escaped with several stitches, some gnarly scars, & a viral GoPro video.
The video shows the shark swim up to Krause and bite him on the back of the head before quickly swimming away. 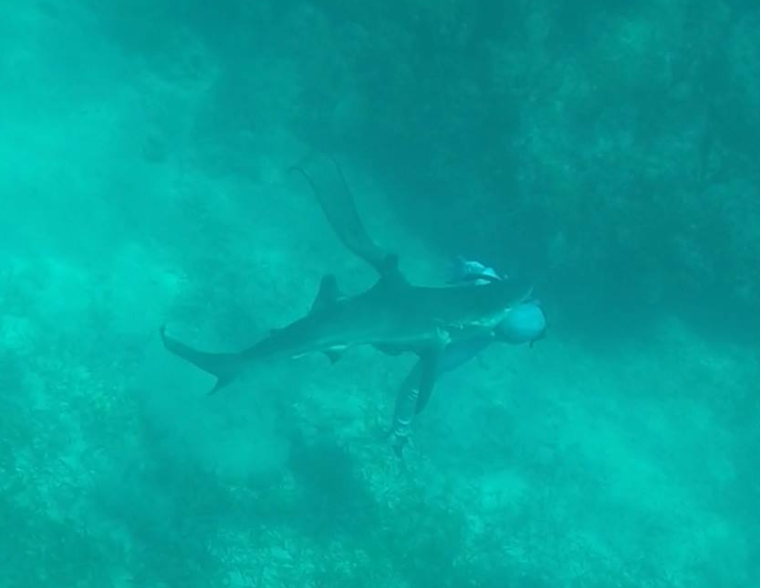 The horrific moment the shark bit his head

Shipp, who saw and filmed the attack, can be heard screaming:


Krause, in pain, swims the surface in the video clutching his head and his fellow divers helped him to the boat. 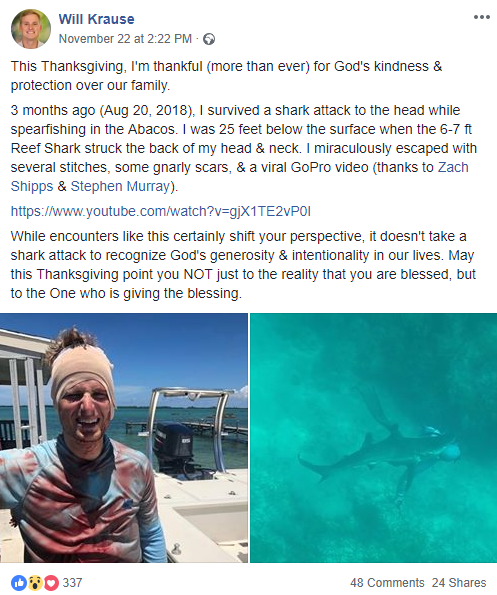 Speaking to NBC News over the weekend, Krause said:

I felt a huge impact on my head and my neck.

I didn’t process it was a shark bite until I got to the surface.

I could see a lot of blood around me.
Krause posted the video to YouTube just before Thanksgiving. The next day, he wrote about the shark attack on Facebook:

While encounters like this certainly shift your perspective, it doesn’t take a shark attack to recognize God’s generosity & intentionality in our lives. May this Thanksgiving point you NOT just to the reality that you are blessed, but to the One who is giving the blessing.


Watch the video below.