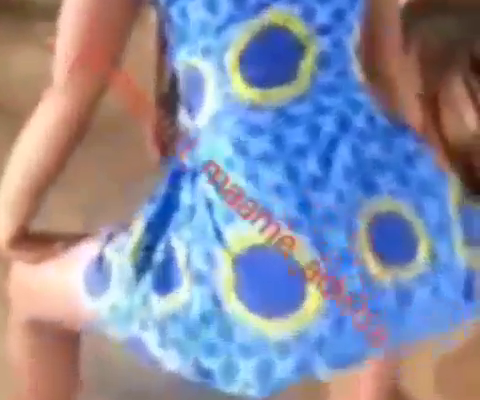 A yet to be identified senior high school girl is trending for obviously the wrong reason after dancing her way to nakedness.

In a video spotted by ghanaguardian.com the young lady is seen dancing voluptuously in a seductive manner winding her waist with medikal's hit tune 'yeworo woro ho' in the background.

As if depicting what the song says the young lady while seriously twerking with her little butts lifts her dress showing her  underpants before going on to show a lot more skin going unclad.

This went on under the prying eyes of her other classmates and even some boys in the class as it is believed the school she attends is a mixed school.

The said school is yet to be identified but she is seen wearing a school printed uniform and it is believed the act was done during prep time where mostly there is little or no supervision from teachers.