VIDEO: 'side-chick' beaten to a pulp by husband and wife 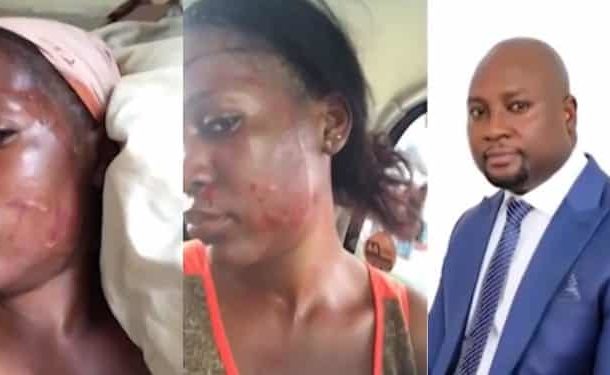 A 'side chick' has been thought a lesson she would never forget in her life after her baby daddy and wife teamed up to physically assault her.

According to a report covered on TV3, the victim, Francisca Quaye had gone to receive some money to take care of her child and to settle house rent.

Upon reaching man's house, after attempting to get in touch with him through several calls that went unanswered, things did not go right as the man and the wife both pounced on her, inflicting wounds on her.

Francisca mentioned that she reported the case to the police but did not get the required justice as the officer who she thought would fight for her rather attacked her with insults.

Sadly, the man who had joined forces to perform the act against the rather beautiful Francisca also leaked a secret video of her.