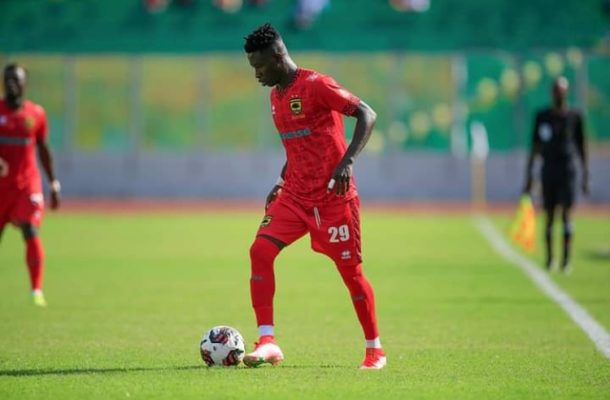 Asante Kotoko forward Stephen Amankona has been given a heroes welcome by the chiefs and people of Jinjini, Berekum West following his exploits with the club and helping them win the Ghana Premier League title.

The forward joined Asante Kotoko at the beginning of the 2021/2022 season from Berekum Chelsea but failed to shine for Kotoko in his debut season.

Amankona is seen in a video sighted by Ghanaguardian.com, standing in the roof of a car whiles being paraded through the principal streets of Berekum.

He is overheard speaking on a PA system thanking the people of Berekum for their support and also his club Asante Kotoko.

Amankona played 14 matches for Asante Kotoko in the 2021/2022 Ghana Premier League season failing to score a goal and providing one assist.

The 22 year old forward will be hoping to rediscover his Berekum Chelsea form next season after a difficult debut campaign.