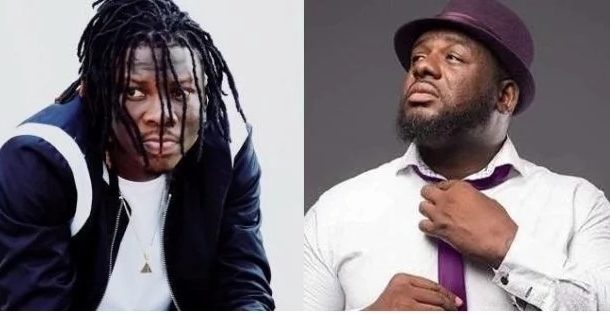 A short video has emerged of a brawl involving Stonebwoy and his entourage against Zylofon's artist manager, Bulldog, and other staff members of Zylofon.

Following initial reports concerning the brawl and Stonebwoy's subsequent discharge of a firearm on social media, news outlets quickly picked up the thread and provided more details by interviewing witnesses.

The video, taken by an eyewitness and shared by Joy News, people can see remnants of a stand-off between Stonebwoy's people and Bulldog's crew.

Viewers also hear two distinct sounds of a weapon being discharged, the gunshots presumably fired by Stonebwoy in self-defense.

Stonebwoy is clearly hear pleading his case, asking eyewitnesses to be sure to tell people the right news, that he was attacked, his brother assaulted, all because Bulldog's entourage believe his car belongs to Zylofon Music.

"Everybody dey here, they blow my junior brother en mouth, where they collect my car key. My people for try collect for me because they say I dey for Zylofon car," says Stonebwoy in the video.

Watch the short video below: