VIDEO: Stop spreading 'fake news', I have not been jailed in Albania - Winful Cobbinah 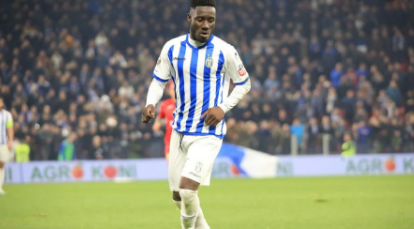 Former Hearts of Oak midfielder Winful Cobbinah has rubbished reports that he has been sentenced to serve a four year jail term in Albania.

According to the FK Tirana midfielder nothing of that sort has happened and is therefore appalled by the source of the 'fake' news.

The player who plays Albanian top flight side FK Tirana was reported to have been convicted on Tuesday at a court hearing in Albania were he was found culpable of document falsification something which the player vehemently denies.

“I have seen some news going around in Ghana that I have been sentenced to 4 months in prison because I have forged some documents. Believe me, I have no idea of all these things happening.

“I can say that all these things are happening because of the passport that was issued to me,", the former Hearts of Oak man said.

Winful Cobbinah added, "Those spreading rumours that I have done this and I have done that must stop. What you are doing is not fine."