Some surgeons were captured on camera pausing in the middle of a surgery to celebrate the result of a tense penalty shootout. between Chile and Portugal.

The incident which occurred yesterday, saw the surgeons wearing their gowns and masks while a big screen TV showed the Chile vs Portugal match right there in the theatre. 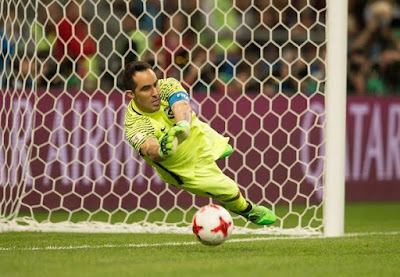 As soon as Chile's goalkeeper, Claudio Bravo, stopped the ball from getting into the net during the Confederations Cup yesterday, the surgeons are seen jumping up and cheering, with their attention on the match instead of on their patient.

Authorities in the South American country have condemned the action of the surgeons, calling them "irresponsible" and "without ethics". There are also calls for an investigation into the conduct of the surgeons.

Karla Rubilar, a member of the Chile government's Health Commission, said: "This is a serious situation. There are protocols that should be followed for the security and respect of all patients in all hospitals and health clinics. In this case, all of them were broken."
Below is the video....