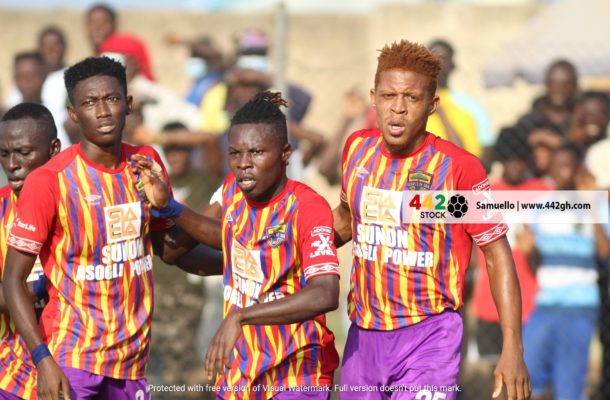 Accra Hearts of Oak banished the demons at the Nana Fosu Gyeabour Park on Wednesday afternoon as they beat Bechem United 1-0 in the match day 24 clash.

The home side before this game were yet to lose a match at home this season in the Ghana Premier League.

And for most Bechem United supporters revenge lingered on their minds as they wanted to atone the 6-1 defeat suffered in the reverse fixture.

Bechem United started the better of the two sides and had some openings but the they failed to hit the target with one dangerous ball hitting the woodwork.

The home side thought they had scored the opening goal from a free kick but it was flag for offside.

It appeared Bechem United had some rotten luck as top scorer Hafiz Wutah Konkoni was clattered in the dying embers of the first half and had was eventually substituted.

With about thirteen minutes to end the game Manaf Umar gave Hearts talisman Ibrahim Salifu a pass as he drove through the Bechem United defense and lofted the ball past an on rushing goalie to give Hearts a 1-0 lead.

The home side piled all the pressure on Hearts to try and find the elusive equalizer as the phobians walked away with all three points.