VIDEO: The ‘America’ movie has not ended - Badu Kobi defends his failed prophecy 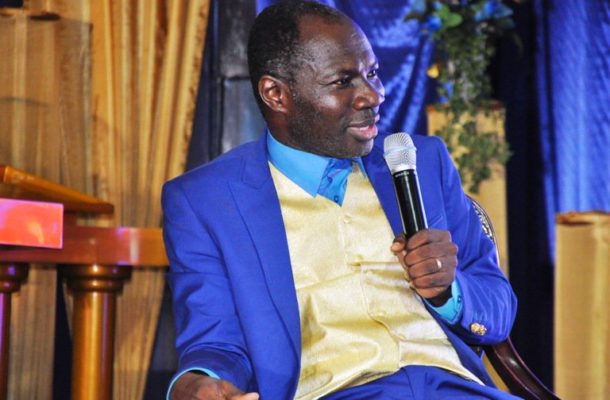 Prophet Emmanuel Badu Kobi, Founder and Leader of the Glorious Wave Church International, has defended his failed prophecy about the 2020 U.S. presidential election.

Badu Kobi claimed that the incumbent, President Donald John Trump will still be in the White House in 2021 as the US President.

Preaching in his church on Sunday, November 8, the man of God indicated that as part of his prophecy, he saw Joe Biden holding the November 3 votes but Donald Trump hit the back of his palms, took the votes and left with it.

“The movie has not ended...From Monday, Trump is going to court...so, I don’t care what people are saying...I'm not going to answer anyone because the election itself is not over...so, I won’t answer now. When everything is over then I will talk,” Badu Kobi said as part of his defence of his failed America prophecy.

Prophet Badu Kobi was convinced that after Donald Trump heads to the Supreme Court of America the fortunes of the presidential election will change and the rightful winner Joe Biden will be denied a place at the White House.

After the November 3 presidential election in America when Joe Biden won the fiercely contested ballot, Badu Kobi was ridiculed by the public for giving a false prophecy which failed to manifest.

Whilst preaching in his chapel on Sunday, October 4, Prophet Badu Kobi told his congregation that in the US election which was to be held by November 3, there would not be any change.

“Trump will sit on America’s seat again,” Badu Kobi said, with applause from his congregation.

Badu Kobi made a reference to his 2016 prophecy about the US presidential election when Donald Trump contested Hillary Clinton. In that 2016 prophecy, Badu Kobi indicated that a certain nation was helping Donald Trump to rig the election.

“The same way Trump will bulldoze his way; he will win. Americans will not understand but Trump is 2021 President,” Badu Kobi declared.

“Between the two [Biden and Trump], Trump is strong, Biden is weak, and he will use that strength to win. And so, Trump is the next President of America…,” Badu Kobi emphasised.

Badu Kobi stressed that Donald Trump is a mystery to Americans and “Joe Biden doesn’t have the antidote to deal with Trump...he is the winner.”