VIDEO: Tony Baffoe urges Black Stars to go for the kill against Gabon 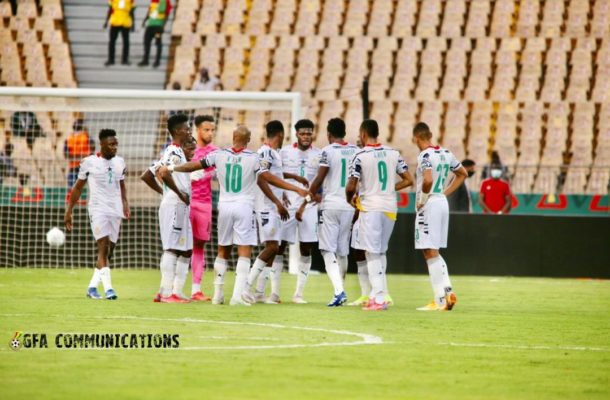 Speaking to the team at their training grounds the former player urged the team to go for the kill.

“You see, you must show hunger, hunger to win. Aubameyang has recovered. I don’t care if Abdul Mumin, Jonathan Mensah, [Alexander] Djiku or Daniel Amartey is going to play in central defence- I don’t care,” the former CAF General Secretary told the players after Thursday’s final training session at the Ahmadou Ahidjo Stadium where the match will be played.

“From day one when you move out of the dressing room when you go into the tunnel, they must feel you, no smiles. It’s no more jokes. Gabon is going to fall tomorrow.

Ghana will play against Gabon later this evening at 7pm at the Ahmadou Ahidjou Stadium.