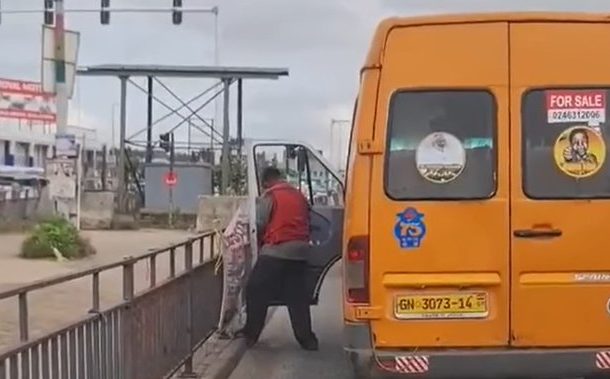 The Police have arrested the trotro driver seen in a viral video urinating in the middle of the road at Alajo in Accra.

A video of the incident was posted on social media by the MD of Citi FM/TV, Samuel Attah Mensah who says the driver retorted ‘nkwasiasem aaakwa’ when he confronted him.

Since being posted the video has gone viral on social media resulting in the Police arresting the man whose name has been given as Yaw Manu. 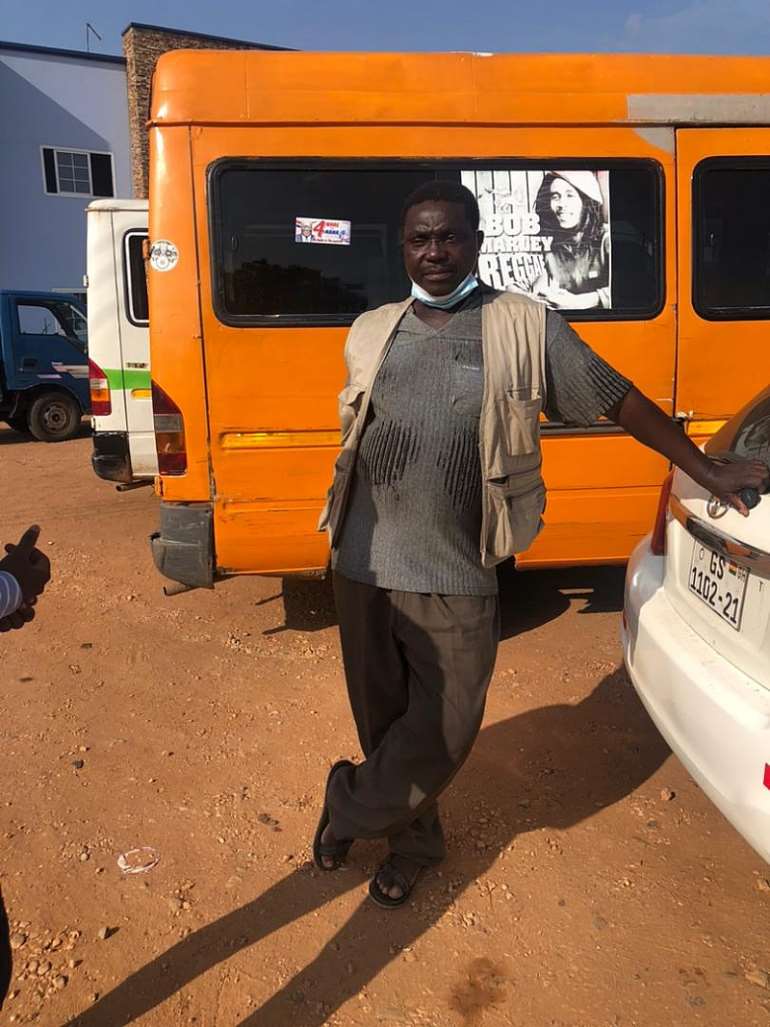 The video of the driver of the yellow Sprinter vehicle, with registration number GN-3073-14, went viral on social media earlier in the week.

He was arrested by the Tesano Police MTTD and he has been charged with  unauthorized stopping, causing road obstruction and Offensive conduct and will be sent to court in the coming days.