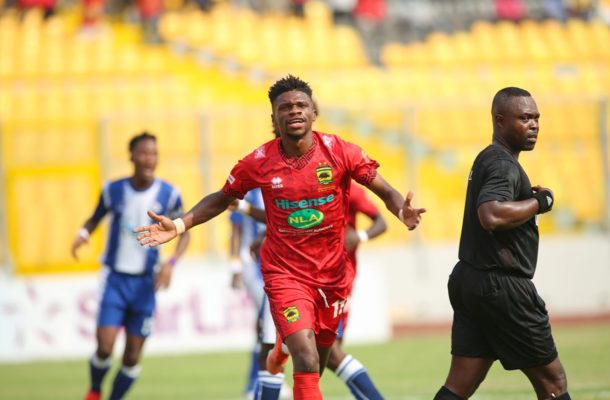 Asante Kotoko striker Frank Mbella Etouga failed to match or break Ishmael Addo's 21 year old record in the Ghana Premier League for most goals scored by an individual in a single season.

He failed to score in Kotoko's last game of the season against Accra Lions at the Accra Sports Stadium although he provided the assist for Samuel Boateng's equalizer as Kotoko drew 1-1.

The Cameroonian International has been in very good form for the porcupine warriors in his debut season having scored 21 goals and needed just one to equal the 22 goals scored by Ishmael Addo as the highest ever goal tally scored in the Ghana  Premier League.

Despite missing three matches at the beginning of the Ghana Premier League season the Cameroonian leads the scoring charts.

VIDEO OF THE GOALS BELOW: