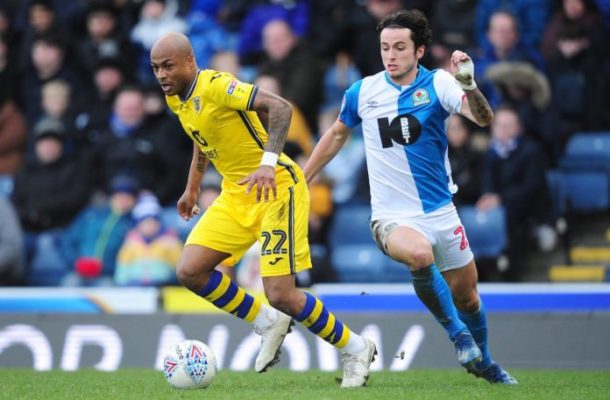 Black Stars captain, Andre Ayew was on target for his club side Swansea City in their 2-2 drawn game with Blackburn Rovers at Ewood Park.

Ayew's goal gave the visitors the lead in the game until a late Bradley Johnson goal deep in injury time gave Blackburn a share of the spoils.

But Johnson's deflected shot in injury time secured a point for Tony Mowbray's side as Swansea conceded a late goal for the second successive game.