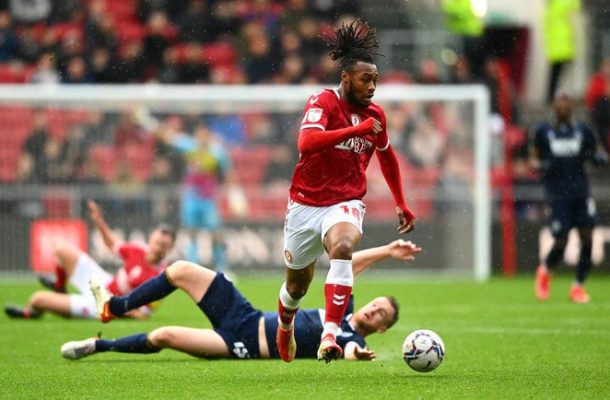 Antoine Elorm Semenyo was on the score sheet for his English Championship side Bristol City in their heavy thumping of Hull City on Saturday afternoon.

The Black Stars new boy scored and set up two goals as his side beat sorry Hull City 5-0 at the Ashton Gate Stadium.

Bristol City opened the floodgates with Austrian striker Andre Weimann scoring the opener in the 5th minute with Antoine Semenyo providing the assist.

The Ghanaian forward Semenyo added the second goal in the 33rd minute of the game after swapping roles with the  scorer of the first goal Andres Wiemman the provider.

Bristol City added the third goal with Semenyo also providing the assists for Chris Martin to make it 3-0.

The Robins added a fourth and fifth goal in the second half to complete the humiliation of Hull City in the English Championship.