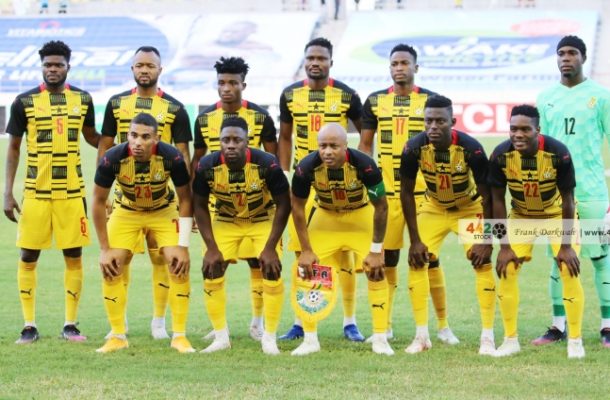 The Black Stars of Ghana were handed a rude awakening by the reigning African champions Algeria in a friendly game on Wednesday at the Education City stadium in Doha – Qatar.

It did not take long before the Algerians displayed their real intent as on the eight minute Adams Ounas scored the opener after turning left back Gideon Mensah inside out and catching debutant Manaf Nurudeen off guard at his near post but the KAS Eupen goalkeeper should have done better.

The first half ended with Ghana trailing the Algerians by a lone goal despite some half chances created by Samuel Owusu and Abdul Fatawu Issahaku before the Algerians added two more goals late on in the second half with an own goal from Jonathan Mensah and the third from Islam Slimani to make it 3-0.

Ghana made some changes to the line up with the introduction of Joseph Paintsil, Maxwell Abey Quaye, Iddrisu Baba, Lawrence Ati-Zigi and David Abagna and Benjamin Tetteh.

VIDEO OF HIGHLIGHTS BELOW: