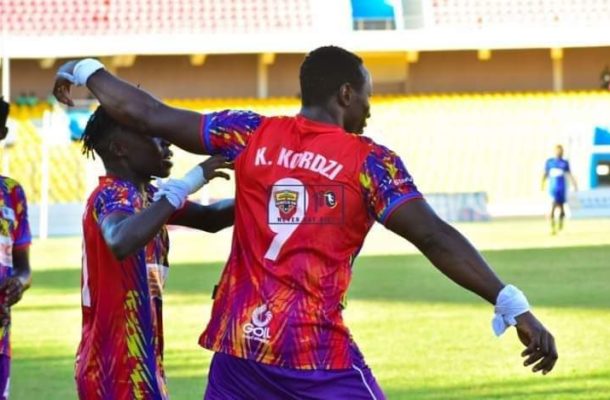 Defending Ghana Premier League champions Accra Hearts of Oak were held for the third match this season after a 1-1 draw with Aduana Stars.

Hearts of Oak were very dominant and took the lead after some fine work from Salifu Ibrahim who supplied Kofi Kordzi to slot home for the opener.

Hearts were expected to add a second but that never came.

Late in the second half, Emmanuel Nettey made an error which allowed Bright Adjei to latch onto a through pass but was brought down in the box by Mohammed Allasah.

It appeared Hearts defender Moro Alhassan had guided the ball to safety but the referee thought otherwise as the protestations led to a second yellow card for the defender and a red.

The  penalty was calmly  slotted home by Bright Adjei to keep the scores level.

There were no more goals scored and this means that Hearts have 3 points from their first three games.