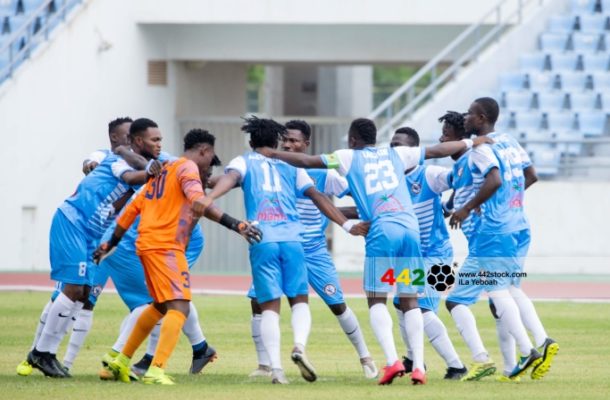 Medeama SC dropped points at home against Berekum Chelsea on Friday at the Tarkwa Akoon Park in their match day 12 clash.

The home side left it very late before stealing a point from a gritty Berekum Chelsea side who proved a hard nut to crack for the home side.

Berekum Chelsea started the game on the front foot and they early dominance paid off for them as on the 29th minute Mohammed Alhassan Mankuyelli  gave the away side a deserving lead.

Medeama pressed on with chances falling to Patrick Ansu and Ahmed Toure but it was comfortably saved by Berekum Chelsea goalie Gregory Obeng.

It awakened the home side from their slumber but tried as they did they were not able to pull parity as the first half ended 1-0 in favour of Berekum Chelsea.

The home side took a stranglehold on possession after the recess with the introduction of Joseph Tetteh Zutah and Kwasi Donsu.

Medeama dominated the game for long spells but struggled to find the breakthrough until the 80th minute when Kwasi Donsu nodded home a fine header to make it 1-1.

The home side pressed on for the elusive winner after getting the equalizer but the goal did not come despite several chances.