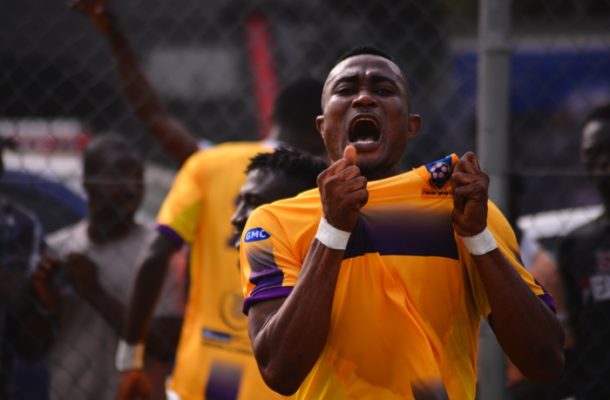 Medeama SC on matcday 4 condemned Kumasi Asante Kotoko to yet another defeat in the Ghana Premier League in a match played at the Akoon Community Park in Tarkwa.

Asante Kotoko were their own nemesis as defender Emmanuel Agyemang Badu was caught in possession by striker Prince Opoku Agyemang only for the defender to haul him down in the box for a penalty which was converted.

The porcupine warriors huffed and puffed but to no avail as they recorded their fourth consecutive defeat to Medeama in Tarkwa which is increasingly becoming a Waterloo for Kotoko.