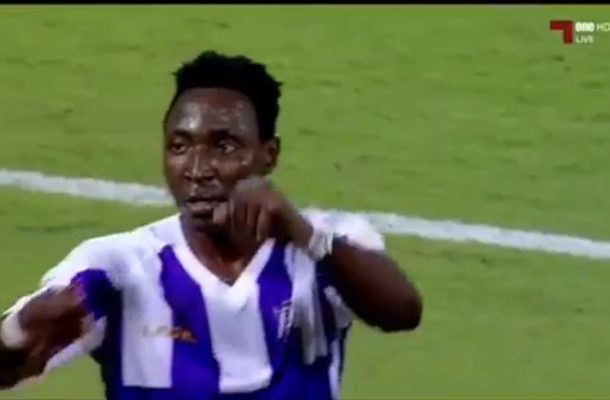 The powerful striker scored the game’s opener in the 23rd minute to give his side the lead before the visitors fought back to end the first half with a 2-1 lead.

Kofi Kordzi joined the Qatari side this summer from Ghana premier league giants Hearts of Oak for a reported fee of $150,000

It is a good start for the Ghanaian youngster, who left Accra Hearts of oak after 18 months.

He was Accra Hearts of Oak's leading goalscorer in the cancelled 2019/20 league season.