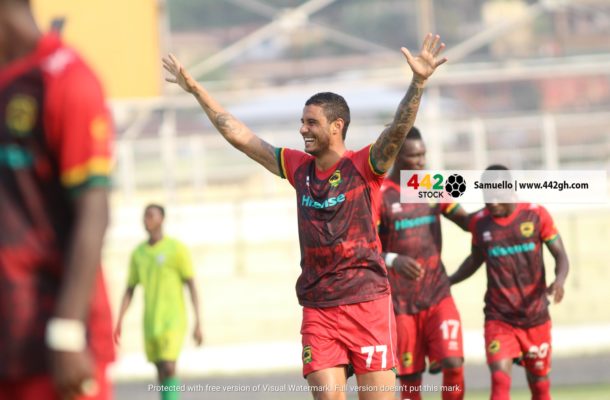 Three minutes after coming on as a substitute for Kumasi Asante Kotoko in the Ghana Premier League for his debut, Michael Vinicius scored .

The Brazilian import was introduced into the game in the 79th minute as replacement for Francis Andy Kumi.

Three minutes later he was celebrating wildly after he scored a fortuitous goal on his debut to give Kotoko a 4-0 win.

Augustine Okrah hit the upright with a shot, and from the rebound, Godfred Asiamah's low shot is blocked but only as far as Michael Vinicius, who curled it home for a goal on his debut.

Michael Vinicius a former Fluminese youth team player was signed by Kotoko during the second tranfer window and made his debut in the outstanding league game against Bechem United.

There were goals from Andy Kumi, Abdul Ganiyu and Fabio Gama as Kotoko made light work of the hunters.